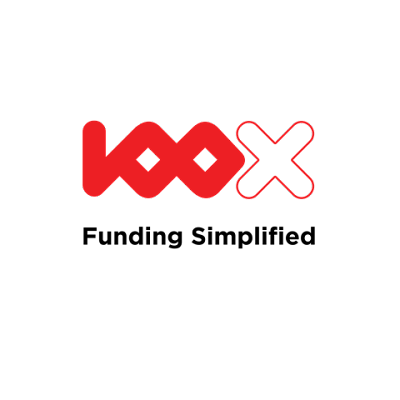 • 68% were also asking their portfolio companies to be more aggressive while 30% were prompting them to maintain the status quo.

National, April 29th, 2021: Giving in-depth insights into the current early-stage startup landscape of India, 100X.VC India's first venture fund to invest in early-stage startups using iSAFE Notes, has released the 2nd Edition of its ‘India Sentiment Outlook Survey’. The survey is based on a sample size of 275 founders from diverse sectors and 77 investors who primarily engaged in early-stage ventures.

Sanjay Mehta, Founder and Partner, 100X.VC said, “Over the past year, we have seen the Indian startup segment giving a strong pushback to the COVID-19-induced market landscape. We believe that the optimistic outlook of both startups and investors, as also seen in the survey results, is an encouraging factor. It will give rise to more innovation and creativity to help the market and our nation at large.”

Here are some of the detailed findings of the survey:

i. Going Bullish: 47% of the startup founders said that they were experiencing growth at present while another 42% expected the same in the next 6 months. 10% also expected it after 6 months, whereas, 1% of the founders did not expect any growth at all. In the past couple of months, several growth opportunities have emerged across sectors, especially across tier 1 and tier 2 cities – leading to deeper digital penetration and high user adoption amongst them.

ii. Video Conferencing with Customers to stay: 24% of startup founders believed that video conferencing with customers is here to stay permanently. The vast majority of them (55%), however, expected a shift for the coming 6 months. 21% of the respondents also said that it will be there for at least 12 months.

iii. Investor Funding to Seed-stage Startups: Nearly two-thirds of the survey participants (65%) expected seed-stage funding by angel investors to increase in 2021. 20% of them said the opposite would be the case. 15% also claimed that there would be no change in the current pattern. When asked about micro-VC’s sentiments, a similar trend was observed. However, more people believed that there would be fewer investments against those who expected no change.

iv. Fundraising Initiative: Early-stage ventures planning to raise funds in the next 6 months stood at 88%. 4% of startup founders were not raising funds in the near future. 8% expected to do so between 7 months and a year. It came as a pleasant surprise that over 40% of startups have no change in their fundraising plans. However, 23% of them delayed their fundraising initiatives while 12% decreasing their round sizes. 25% were aimed to ask for more capital than before.

Angel investors and individual investors (34%) topped the charts in terms of source of funding. Micro-VCs stood the next at 21% followed close on heels by Venture Capital firms at 18%. Angel network syndicates (13%), private equity (4%), and family offices (3%) were also mentioned as a source of funding alongside others.

v. iSAFE Saves Early-stage Founders: A whopping 67% of all surveyed respondents believed that iSAFE was useful and a founder-friendly instrument. 30% of them, however, were not aware of iSAFE and 3% also believed that it was not useful.

vii. The Valuation Game: 28% of startup founders revealed that their valuations have increased while 41% of them expected it to increase in the near term. 19% reported no change while those who felt it has decreased or is about to decrease stood at 6% each.

viii. Deal closure timelines: Founders were also asked about how much time it takes to close a deal and receive the capital after the term sheet. A majority (almost 69%) claimed that it takes anything between 1-4 months. 11% of the respondents said less than a month, whereas, 20% also said it took more than 4 months.

i. Investors’ Survey: 100X.VC also surveyed 77 investors wherein angel investors (51%), Venture Capital firms (21%), micro-VCs (9%), family offices (7%), angel network (7%), and private equity players (5%) participated. 70% of all respondents said that they were seeing business growth whereas 23% expected it in the coming few months. 68% were also asking their portfolio companies to be more aggressive while 30% were prompting them to maintain the status quo.

ii. Recovery and the Rising Unicorns: V-shaped (44%) and U-shaped (42%) recovery were observed by most of the stakeholders in the venture capital industry. 11% also saw a K-shaped recovery and 3% had an L-shaped recovery. In terms of unicorns, 40% of the investors felt that there would be 75-100 unicorns in India by 2025. 35% of them believed that the figure will cross the 100-mark. 25% of them were unsure.

iii. A Flurry of Startup IPOs anticipated: In 2021-22, nearly two-thirds (65%) of investors believed that there will be a spate of IPOs of Indian startups across stock exchanges. 19% of them also held the opposing view while 16% were unsure.

These were some of the top findings of 100X.VC’s latest India Sentiment Outlook Survey. For full access to the detailed report, more detail, please log on to https://www.100x.vc/research

100X.VC is India's first venture fund to invest in early-stage startups using iSAFE (India Simple Agreement For Future Equity) Notes. 100X.VC is a SEBI Registered CAT I AIF, Investment Adviser and the first Institutional Investor in our portfolio companies. The fund is sponsored by Mehta Ventures (www.mehtaventures.co), the Family Office Investment arm of Sanjay Mehta. 100X.VC has so far invested in 39 startups which have gone ahead and raise upwards of 50 crore cumulative funding from institutional funds, HNIs and Family Offices.