As per the National Health and Family Survey VI 2015-16, ~29% of India’s population is below the age of 14. In addition to this, India’s average age at present is 29 years, expected to further fall in the future. India can therefore be termed as a young nation, with the youth actively contributing to the nation’s economic growth or soon expected to.

Considering the aspects crucial to gain the maximum benefits of such a young crowd, financial literacy tops the list. In India, 95% of the teenage population is not aware about the capital markets. 50% of the demat accounts belonging to individuals in the 30-50 years is an indicator. Capital markets is one such example. There are multiple such investment avenues which prove to be useful with the right kind of education. Schools, however, lack in throwing light on such topics which hold high practical value in life. The delay often results in inefficient financial planning and therefore, often leads to miscalculations while considering factors like inflation and its impact on performance of financial products.

To tackle these problems which can be solved from a young age with the right kind of help, Anubhav Mishra and Arpit Jain built Zupay. At Zupay, they are creating India's first payment and investing application for teenagers, wherein teens essentially act as customers with a parental-child interface where they can save, spend and invest. Such new-age neo-banks and fintech applications, specifically targeting children below the age of 18 years, are not only helping kids track their pocket money and expenditures, but are also focusing on learning content for teens covering topics such as investing via short courses. They aim to educate 100 million teenagers about investing and its importance in the future.

By using Zupay, teens can invest in MFs, IPOs, SIPs and bonds with a sum as low as INR 100. Along with emerging as India’s first investment application with parental oversight, Zupay allows the young users to engage with features like digital wallets, UPI and even set their goals, a gamification element of sorts.

Considering the sensitive nature of the financial services, Zupay deploys its technology on 100% Indian servers on Azure Cloud with end-to-end API and data encryption capabilities.

Anubhav and Arpit, both engineers from VIT, had been co-founders together even before Zupay. They previously built FinMind Analytics, the parent company of LegalMind, a research and analytics platform for lawyers (exit taken) and FinLit, a complete personal finance manager. Their financial, legal and tech background makes them a perfect duo for Zupay. 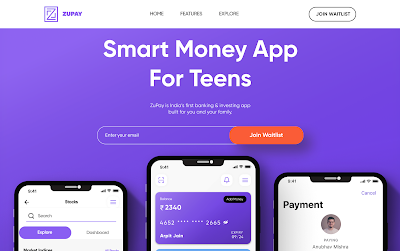 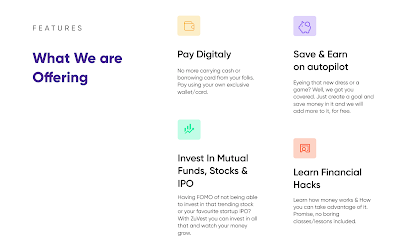 Market Opportunity
The all in one financial suite to save, spend, invest and even buy other financial products poses a big opportunity for the age group under 18 years. The benefit of the demography, as mentioned above, is up for grabs. In India, the amount of money kids in India spend, given to them as pocket money, is roughly over INR 44,000 crores. Now, there are 260 million + teenagers in India, a one million of the adolescent population turning 18 each month.
At present, the digital penetration in this age group is quite a delight for service and product providers catering to this age group. With the majority of them having smartphones, Zupay has the chance to find space in each of them.
75% of the teens, from the survey pool, are ready to learn about financial products and procedures available for them.

100X.VC Thesis
Millenial and Gen Z parents tend to prioritize wealth generation for themselves and for their offsprings very early on. Zupay allows them a way to not only start planning for their kids early on, but also educate them from the very beginning. The founders come from a background of building fintech products and selling them off to large financial institutions. 100X.VC believes that this niche of a large, growing, and untapped market mixed with a team of hustlers provides us an opportunity to invest in the bank for Gen Zs, and generations more to come.
Conclusion
Zupay is building something highly relevant and important for the younger generation and the society at large. 100X.VC believes that this will contribute as a successful attempt to sophisticate the Indian investment ecosystem. We wish Zupay all the luck for their future journey.