Why We Invested in Dhiyo 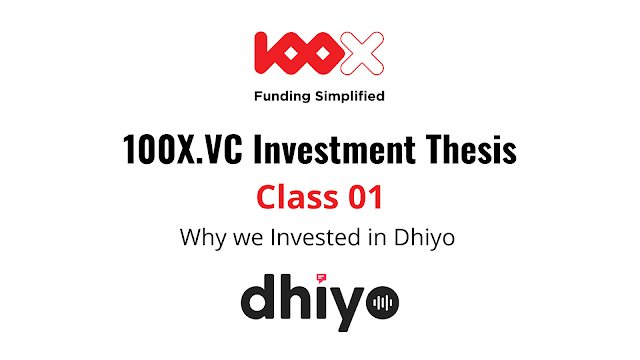 For a country with abundant diversity, India indeed is limited by the lack of inclusion of the vernaculars. The usage of most of the platforms available for any service is heavily dependent on the user's knowledge of English, a language that isn't easily comprehended by the Indian masses belonging to humbler backgrounds. So when someone from a lower socioeconomic status has to look for a basic necessity like a job, they have to go on a tedious hunt or settle for less. Out of the numerous aspects of job hunting, resume building is something that most of them find very daunting. And when such a requirement arises, the "aam aadmi" chooses to ask around.

Before this pandemic shook things up, technological literacy in India was on a steady growth path. Vernacular and Voice were the next big wave for Digital India, and the use of smartphones in the lower socioeconomic section was on the rise with a whopping 88% of non-English speaking users. With the predicted increase in smartphone usage and the need for voice assistance and AI, this opportunity paved a viable path for Dhiyo.

Things seemed a little bleak when the pandemic hit, but it became evident that the need for an HRTech platform that can be operated by blue-collar workers is now more than ever. With the pandemic impacting the lives of more than 555 million workers in India, our unemployment rate has reached an all-time high of 27.1 per cent. Being the majorly affected demographic, workers in the blue-collar industry have flooded to seek help from job portals that would require them to have basic English literacy. Thus getting access to a multilingual conversational AI platform to create one's profile and apply for jobs using the power of conversation feels like a dream.

Around 2018 the founder, Santosh SS, understood that AI-enabled enterprise chat, especially voice-activated chat, was on the verge of becoming the next big thing. He then decided to solve job market inefficiencies for the blue-collar sector with the help of a vernacular conversational AI platform.

Dhiyo.ai offers a platform that caters to not only the English-speaking crowd but is also inclusive of those that aren't. The users can create their profile and their resume just by a series of voice commands in their native language. Dhiyo utilises state-of-the-art AI and Machine Learning technology to provide employers access to properly vetted profiles without any dependency on mediators or job agencies.

We were introduced to Dhiyo almost a year ago when they were at a very early stage. It took us just a couple of discussions to understand the value proposition behind this idea. The market gap that Dhiyo was trying to fill was very evident, and something just clicked.

Dhiyo was affected by the adverse effects of COVID-19 like any other business. Facing a stand-still in the first couple of months of inception is unnerving for any startup. But it was the founder's resilience that they now have a growth of almost 270%. Since June 2020, they have worked with the likes of conglomerates such as Amazon and Swiggy. With around 60,000 users and more than 250 employers registered on their portal, Dhiyo still has a long way to go. In a few months, they are about to launch an updated version of their app, adept with eight major Indian languages for both android and iOS users.

Dhiyo, till now, has shown a testament to their resilience. We are proud of the work done by Dhiyo, and we are fortunate to work with such an inspiring team!