Indian gamers, during the early 2000s, were attracted to classic retro games like Mario, Aladdin Saga, Counter Strike, Silkroad and many others. India has come a long way since then, particularly with the tremendous rise in web usage due to increasing accessibility of the internet and affordable smartphones in the country. As a result of the coronavirus pandemic, the world was put on lockdown and the majority of the population was looking for ways to pass their time, gaming and online streaming emerged as viable options. Since, gaming allowed individuals to interact and hang out with other like-minded players in the virtual world, it attracted people of all ages, even those who are not usually the intended audience for the said game. Games like Among Us, Ludo, and online chess gained popularity during the pandemic and served as a means of connecting and spending quality time with friends and family. Unsurprisingly, India's gaming industry has grown rapidly, prompting us to wonder if India will become the world's future online gaming powerhouse.  Between 2016 and 2021, the country will have around a hundred and forty digital gaming and sports companies. With only  2 million  in 2016,  there are now over 90 million users . According to FICCI-EY, the gaming industry is valued at $1.8 billion at present and is expected to reach $6-7 billion by 2025. This is a straight up six-fold increase in the growth of the ecosystem, providing a lucrative opportunity for developers, investors and other stakeholders in the world of gaming. 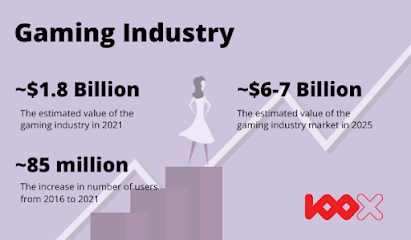 The increasing proportion of  younger population, higher disposable incomes, introduction of new gaming genres, and rapid increase in the number of smartphone and tablet users are all driving the country's rise. Another factor contributing to India's gaming boom could be Jio. Jio has single-handedly altered India's online footprint in the last few years by bringing fast, dependable, and affordable internet access to even the most rural parts of the country. India's internet connection has now caught up with that of the rest of the globe. And, because gaming performance is inextricably linked to a robust and fast connection, it could be a key contributor in this surge.

With over 220 million gamers spending an average of 42 minutes per day on mobile games, the country has risen to fifth place among the world's top mobile gaming markets. According to NASSCOM, the Indian mobile gaming market would reach 628 million users soon. Based on essential criteria such as learning curve, session time, and difficulty level, the online gaming market is divided into six divisions. The market is made up of Hyper Casual, Casual, Core Games, Real Money Games (RMG), and Esports- Streaming. RMG dominates the market, with Esports, Casual, and Hyper Casual seeing the most rapid development. Casual gaming is the most important segment of the whole online gaming market, which was worth INR 136 billion at the end of FY21. Currently, INR60 billion is 44% of the total online gaming revenues. Given that in terms of users, the casual gaming segment, at ~420 mn gamers in FY21 accounted for ~97 per cent of the total gamers in India, this revenue contribution is currently under indexed. This under-indexation is likely to correct to an extent in the future, with online casual gaming projected to grow at a CAGR of ~29 per cent over the next 4 years to reach revenues of INR 169 billion by FY25 and account for ~58 per cent of the market revenues. 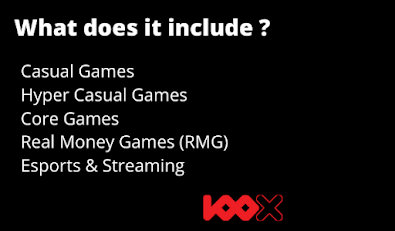 Over the last four years, gaming companies in India have seen a 500 percent rise in funding. The number of gaming firms in India has increased from 25 in 2015 to 500 or more in 2021, indicating that this industry has a lot of potential. Dream11, MyTeam11, 11Wickets, Halaplay, and Fantain are the major fantasy gaming league players. Dream11 is estimated to have the most users of all, accounting for more than 90% of the fantasy sports industry. In a country where cricket is essentially a religion, it provides a forum for cricket enthusiasts to create their fantasy squad and compete for large financial rewards. Hyper casual games, on the other hand, such as Candy Crush, Ludo, and Rummy, have gained new audiences across all demographics in India.
Facing diversity issues for a long time now, the world of gaming is repositioning itself by appearing more inclusive than ever. Women gamers are increasingly becoming a part of India’s gaming universe. Gaming startup Microgravity has launched a women-centric esports league to hunt for India's "gamer goddesses" and has announced special offers for women in their flagship gaming arena. Besides high involvement of women in soft casual games such as Candy Crush and Snake Rush, a lot of women are now taking up riot games and esports leagues as well creating a bigger market for the gaming industry.
However, it is not simply India's gaming fanatic demographic that is driving this rise. Investors' neoteric curiosity is seen in recent investments such as a USD 225 million investment in Dream11, a USD 90 million investment in the Mobile Premier League, and a USD 68 million investment in Nazara Technologies. WinZo, a 2018 founded vernacular entertainment platform, which has 70+ games served in 5 formats such as Candy Crush, Ludo, Metro surfer, Chess has raised a total of $90 million in fundraising till date along with Deftouch, India's first real time multiplayer cricket game raising a funding of $450k in recent times.
Given the current investment patterns and the tremendous growth rate, it's safe to conclude that India's gaming sector will continue to thrive.
100X.VC is the first VC to invest in early stage startups using India SAFE Notes. We fund exceptional Indian founders. We deeply value our relationships with founders, co-investors, and corporations.
This article is by 100X.VC Research with contributions made by Aditi Bajoria, Analyst Trainee at 100X.VC